Someone suggested this idea to me. What if the casting call isn’t actually for Hades, but for Dr. Facilier from The Princess and the Frog? He does have the appearance of a Distinguished Gentleman: 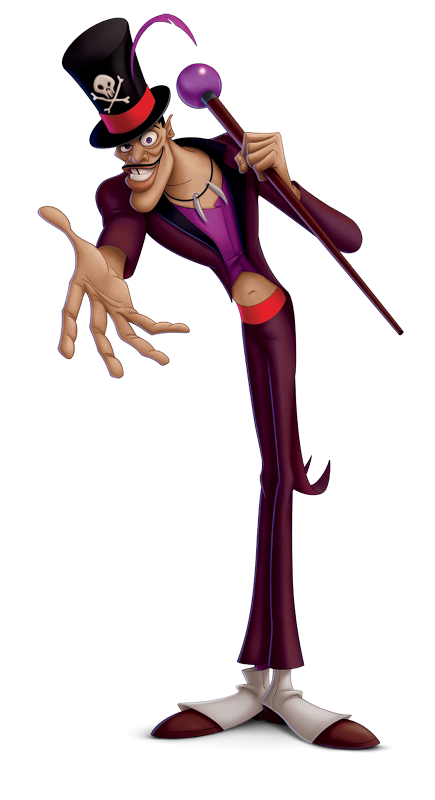 Now the one thing in the casting call that does lean more towards Hades is that he’s a “God-like figure.” However, that in itself could mean that perhaps it’s not Hades, because Hades is a full on God, rather than God-like. Facilier does have his own magic via his “friends from the other side”, AKA spirits from the after life. Now chances are, this will still end up being Hades, but I felt I should at least present Facilier as another possibility. I still think we could be getting both Hades and Facilier anyway, due to Facilier’s ties to the afterlife.

That’s an interesting theory, though I would’ve thought if it was facilier, they would’ve specified they wanted an African-American actor. The cast of Princess and the frog are the only black characters in the Disney verse so to start turning them white would raise some eyebrows especially Tiana.

And for what it is worth, Dr. Facilier is largely based on Baron Samedi who is one of the Loa in Voodoo (the top hat gives him away) responsible for the dead.

Whenever I hear the name Baron Samedi, I just think of the James Bond film Live and Let Die which has a great theme song.

All magic comes with a price!