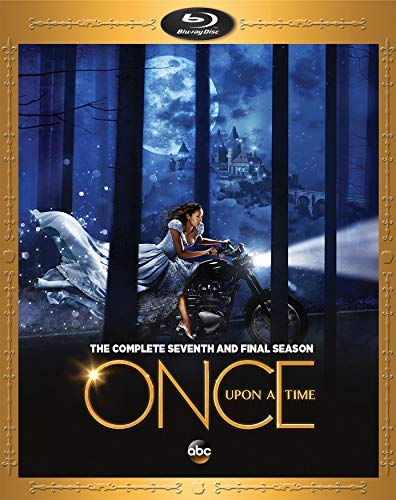 Get your happily ever after! Bring home the final season of ABC’s Once Upon a Time!

Celebrate the epic adventure and enduring magic as television’s most bewitchingly tangled tail concludes in ABC’s Once Upon a Time: the complete seventh and final season.

A few years after the final battle in Storybrook, a grownup Henry Mills leaves home in search of his own destiny. What he finds is true love, with a new incarnation of Cinderella and an unexpected danger from her hateful stepmother and stepsister, plus the added menace of Mother Gothel, a villainous sorceress. And when a new dark curse erases his and everyone else’s memories, it’s up to Henry and Cinderella’s daughter Lucy, with the help of Regina, Wish-Realm Hook, Gold, and Zelena to defeat Gothel and end her reign of terror. If they succeed, will Rumple and Belle ever be reunited? Will Regina finally get her happy ending? And will all past memories be restored.

Take the last leg of this astonishing journey with all 22 episodes, plus bonus extras, in the final captivating season of the ultimate struggle between good and evil, Once Upon a Time.