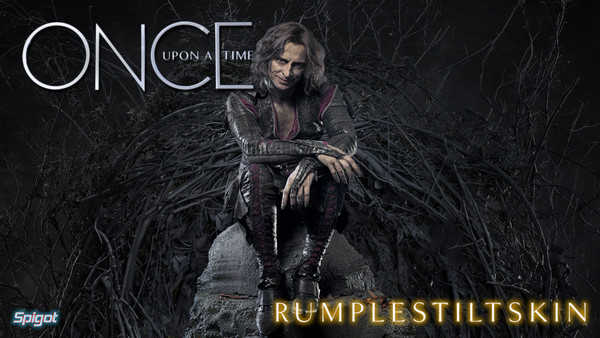 It’s less than a day away to the highly anticipated episode of Once Upon a Time, “Manhattan.” There has been a lot of speculation about the events that will take place in “Manhattan,” there have been many theories, what if’s, a couple of minor spoilers and teasers that have been discussed.

Barbara Barnett, host of Let’s Talk TV Radio, got a special preview of this week’s episode (which was mentioned in a forum by vampirefan12 named “Barbara Barnett’s spoilers“). She spoke about some plot lines and gave us a few teasers, which will be pointed out further down, Once Upon a Time’s official Twitter also released a couple of script teasers for “Manhattan.”

When Barbara Barnett was revealing her spoilers, she said she felt like Rumpelstiltskin, “knowing things before everyone else.” These were the main spoilers and teasers that she gave:

The reveal of who Emma Swan is chasing happens in the first scene, and she hints at it being Neal Cassady, father of Henry.

In this episode Rumplestiltskin’s past is shown, his life before he became the Dark One. It shows his relationship with Milah and his voluntarily going to fight in the war and highlights the reason he chooses that and why he left the battlefield.

The theme of nature vs. nurture will come up in this episode again, in a subtle way. And we will find out something about Rumplestiltskin’s relationship with his own father and how his father was a coward.

As seen in the promo, the seer will appear and prophesizes Rumplestiltskin’s life up until the present time in Manhattan.

Fans will be shown that Milah lied in “Crocodile” when she said she never loved Rumplestiltskin. This episode will show a loving relationship between Rumple and Milah, however, something profoundly changes that.

We will see the contrast in the relationships between Rumple and Milah, and Rumple and Belle. With Milah, he was much more open, sweet, and warm-hearted rather than the distinct, tragic, and sometimes beautiful relationship with Belle.

Barbara Barnett reveals that something huge happens at the end of this episode—subtle, but huge and important; she says it’s about her favorite character, Rumplestiltskin. Barbara says she never saw this scene coming; there were a couple of shocking scenes but this one tops them all. (Sounds pretty exciting!)

August is in this episode briefly! And fans will finally find out what August showed Neal in the box and it’s not a picture of either the dagger or of Bae!

Greg Mendell, the stranger, is still snooping around, almost ready to be released from the hospital and he sees something and records it on his phone. Barbara is very vague about this and didn’t what to ruin the fun of finding out while watching. Also she said there is something ­very important about his phone and hints fans to go back and listen to previous scenes with it. The ‘her’ on his phone isn’t important and neither is his licence plate, it was only shown to emphasize he is someone from out of town.

Barbara mentions an interesting betrayal while speaking about Hook, Cora, and Regina. And the question of who Regina’s real enemy is comes up. In Cora’s point of view, it’s the person that started this whole journey of Regina’s revenge (either Rumplestiltsin or Snow White).

During this episode, they go on a treasure hunt to find the dagger that can control or kill Rumplestiltskin. We will also find out the reason why Mr. Gold left his dagger in Storybrooke.

Charming makes a funny comment at Thanksgiving that again Barbara didn’t want to ruin the fun.

Those were the main points that were brought up on Barbara Barnett’s post of Once Upon a Time’s “Manhattan.” Below are eleven sneak peek scripts the official Once Upon a Time account tweeted.

Here’s to less than a day away!