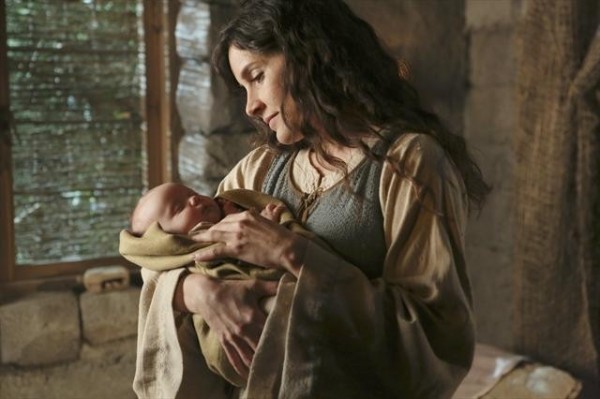 We discover some long-awaited identities, learn how Rumplestiltskin gained some things, and have a new looming threat.

These are just our first thoughts about this Once Upon a Time episode. We’ll share more about “Manhattan” in our upcoming full episode live on Wednesday, February 20, at 8:30 p.m. (EST/GMT-5).

While Mr. Gold, Emma and Henry go in search of Gold’s son Bae in New York, Cora, Regina and Hook attempt to track down one of Rumplestiltskin’s most treasured possessions. Meanwhile, in the fairytale land that was, Rumplestiltskin realizes his destiny while fighting in the Ogres War.

Talk about “Manhattan” in our Once Upon a Time forums

Please join us and other Once Upon a Time podcasters for another live roundtable on Wednesday, February 27, at 9pm (EST/GMT-5) on Google+.

We’ll talk about what we’ve seen so far, some theories for future episodes, and take viewer questions!

No OUAT on February 24

Because of the Oscars, Once Upon a Time will take a one-week break and will return on Sunday, March 3.