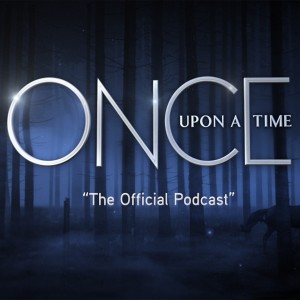 On May 1, 2012, ABC published their own official video podcast for Once Upon a Time in iTunes.

This well-produced video podcast launched with its first thirteen chapters, coinciding with each episode of the aired TV show Once Upon a Time. These episodes review the plot and include behind-the-scenes thoughts from the cast and crew.

ABC’s Official Video Podcast for “Once Upon A Time”

Master storytellers Edward Kitsis and Adam Horowitz (“Lost,” “Tron: Legacy”) invite you to brace yourself for a modern fairytale with thrilling twists and hints of darkness, brimming with wonder and filled with the magic of our most beloved stories, on ABC’s “Once Upon a Time,” airing Sunday’s at 8 p.m. ET/PT on ABC. Join the stars and producers for this insider’s look at this epic show.

The new official video podcast for Once Upon a Time will reveal hidden insights into the fairy tale world of Once Upon a Time, with thoughts from Jennifer Morrison, Eddy Kitsis and Adam Horowitz, Josh Dallas, Ginny Goodwin, Lana Parilla, and more.

Make sure you watch the episodes in their chapter order, since they’re not being automatically sorted yet.

Subscribe today to the official video podcast for Once Upon a Time!

UPDATE: We discovered that Chapter seven doesn’t download, so here’s a direct link.

Tweet10
Pin9
Share8
27 Shares
« The Stranger – ONCE034
Mr. Gold, finale predictions, what evidence, and August turning to wood [from the forums] »