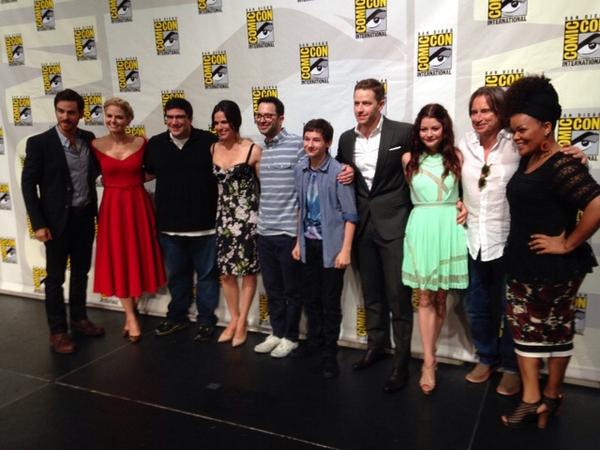 With only sixty days before the much-awaited season four premier, we have an explosion of information about what’s in store for us in the next season of Once Upon a Time from the recently concluded San Diego Comic Con.

So what’s exactly the difference between true love and soul mate? Kitsis and Horrowitz both say that true love is when you truly love somebody, while a soul mate is the idea that there’s only one for you, but knowing the show, happy endings aren’t what they expect so even though you love somebody, if it doesn’t work out it’s okay to love again. The way it was worded, some fans are wondering which of the two is more important. It was interesting how they finally put the difference between the two. Surely, we’re going to get a bigger expansion of what these two are in the upcoming season.

When asked why Rumple lied to Belle just as they are about to take on a new journey together, Robert Carlyle said that he considered Rumple an addict (to magic and power). Despite the fact that he really do love Belle, Rumple is still struggling to let go of his bad habits.

Jennifer Morrison, on the other hand, said that Emma wants to really try to keep Regina from turning back in her dark ways, and that she’s determined to try to keep her in a good place. But now that Regina’s second chance at love was taken away yet again, will it revert her back to being the Evil Queen again? Or is she going to be a little bit more understanding and know that it wasn’t Emma’s intention to ruin her happy ending?

Colin O’Donoghue, who plays Hook, was also in the panel and said that he would have given up anything for Baelfire, showing a completely different side of Hook from what we have seen before. He also shared that Hook’s coat weighed 50lbs.

Yvette Nicole Brown, who was the moderator of the panel and the voice of real Ursula, asked whether we’re going to see Neal again in the future episode. Kitsis and Horrowitz said that Neal will always live in our flashbacks. They also added that while characters do can come and go in the show, death may not be the last time you see someone.

So how would Frozen’s story arc fair in Storybrooke? Going into season four, it seems that some of the fans are either very excited about it or still on the fence about the Frozen twist that happened at the end of the third season.

Season four is set to premier on September 28 both in the United States and Canada. Like the third season, the fourth season will also be split in two 11 seasons.