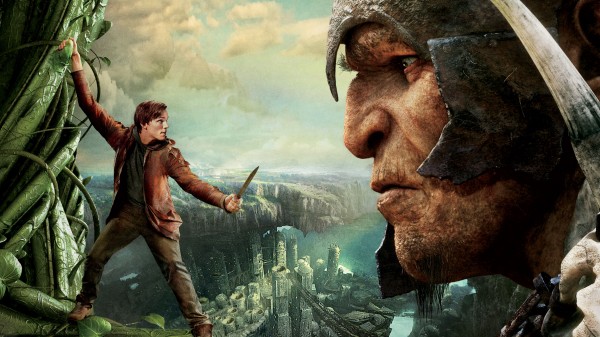 Fee, Fye, Foe, Fum! This remix of the “Jack and the Beanstalk” folktale is an adventurous story with romance, betrayal, and surprises! Listen for our thoughts!

But this remix also contains more magic and darkness than the original story. Monks use magic in search of God, humans try to use the magic to rule, and the giants are blood-thirsty ogre-like creatures who want revenge.

John Ottman’s soundtrack is grand, beautiful, and tense at times. We loved it! You can buy the CD or MP3s from Amazon.com, or purchase from iTunes.

We had mixed feelings about the 3D of Jack the Giant Slayer. Jenny really liked it, but Daniel isn’t excited by 3D.

Overall, this was a fun movie that seems fairly appropriate for families if you’re okay with non-gory violence. If you see Jack the Giant Slayer, let us know what you think!

You can also listen to Daniel’s review of Jack the Giant Slayer in his Christian movie reviews podcast with critical thinking.

If you see Jack the Giant Slayer, let us know what you think of it in the comments below!

If you’re trying to decide between the two recent fairy-tale-based movies, we recommend Jack the Giant Slayer if you have older kids and want more action and adventure. If you have younger kids or want a fun family movie, then we recommend Oz the Great and Powerful.

The rest of the podcast review contains spoilers.