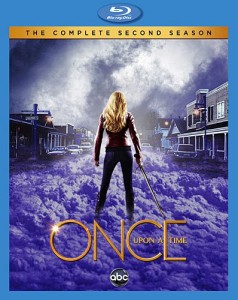 Once Upon a Time‘s second season disc set is now available and we’ve watched the special features and share our review.

Thank you to ABC for sending us a review copy of the Blu-Ray set!

– EXCLUSIVE to the Blu-Ray Edition- A Fractured Family, narrated by Sarah Hyland: The cast tries to explain the complicated family tree. 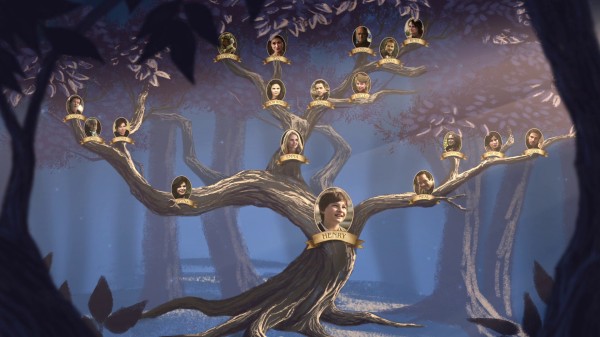 We learned that gasp HENRY IS HEIR TO FOUR KINGDOMS: King George, King Leopold, King Midas? and … another kingdom…

We also learned that Hook and Milah actually got “married.”

– Girl Power: A special segment about the strong women in OUAT presented with a comicbook-like feel. They focus on the action scenes, as well as the storywriting aspects.

– Deleted Scenes: Episodes with deleted scenes: We Are Both, The Doctor, In the Name of the Brother, Manhattan, Miller’s Daughter, Second Star to the Right, and And Straight on ‘Til Morning.

We will review this soon!

Once Upon a Time in Wonderland Podcast

We will be starting a separate podcast soon!

Daniel and Jenny will be doing a short form podcast for the TV Talk Network, as there will not be initial reactions for OUAT Wonderland.

Welcome a new podcast for the Noodle.mx network: UndertheDomeRadio.com

Greetings from Storybrooke at DragonCon 2013

If you’re going to DragonCon 2013, then check out the two panels hosted by Bill Meeks from Greetings from Storybrooke: “How To Start A Fancast About Your Favorite TV Show” and “Once Upon it’s Second Season.”