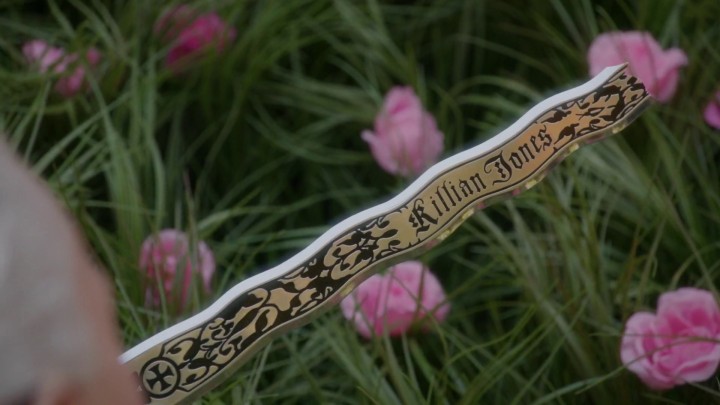 Three weeks back in Camelot, Emma used the darkness one last time before giving it up completely in order to save her family by being brave enough to knock down all those walls she’s hiding behind. On the other hand, back in Storybrooke at present, Hook went to find out what the Dark Swan is atoning for by giving her a reason to find him so he could finally learn the truth, no matter how awful. Join us on our in-depth discussion of “Birth.”

For this episode of the podcast, we will be talking only about the episode, “Birth”. In our “Birth” & “The Bear King” initial reactions, we said that we might skip “The Bear King” altogether but there is some great stuff to talk about, so we will have a separate episode for  “The Bear King”, which we will release a couple of days after this one.

What if Emma isn’t the Dark One and she’s [only] pretending to be with Merlin’s help because Hook is really the Dark One. She [could be] training Rumple to fight Hook because he is the only one who knew Hook the longest. [The] only reason I thought of this theory is because of what Merida said, “All a man needs is a sword and one good hand.”

— Aleana Harris (from once214 “Dreamcatcher”)

Props to Aleana for sending that in a few episodes back! 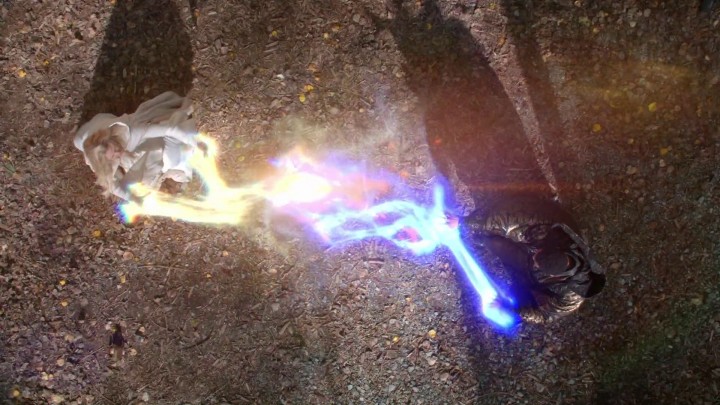 Starting out the episode back in the past with Emma bringing the spark to Granny’s and we loved how they froze the frame. Have we seen Belle holding a weapon in the past aside from this episode? Speaking of a weapon, it was nice to see Granny’s crossbow making an appearance again.

As Emma tried to light the flame, we learned about Operation Light Swan from Henry. It was nice to see Henry always coming up with names like these. And when Emma battled Merlin when she goes to save her family, it reminded us of the battle that happened between Harry Potter and Lord Voldemort in Harry Potter and the Deathly Hallows. But how did Emma manage to put a little magic in the box when she pulled that trick with the box and the spark that pinned Zelena to the tree?

One interesting thing about this particular scene was knowing that Merlin could actually overpower the darkness. Merlin never really give in to the darkness, even though he abide by Arthur’s will, and it was in this exchange when Hook was cut, though it wasn’t that bad of a cut. And after re-watching the episode, it made sense now about its effects because it was the Excalibur that cut Hook. Was it just getting worse and worse all these time, despite the little spell that Emma did to heal him?

What a great chat between Regina and Emma outside Granny’s up until the point when Regina decided to take matters into her own hands, literally. Although it might be a little too tough for Regina to do that, but it was something that we can appreciate for her to say that to her. It completely showed a big level of trust on the other person, as well as a great maturity between Regina and Emma’s relationship, which was kind of flipped later on in the episode when it’s highlighted that Regina went back to calling Emma “Miss Swan” because Emma was not acting like Emma.

Every conversation between Emma and Hook in this episode was beautiful; the vulnerability, transparency, the depth of the conversation. While some stuff that happened in Storybrooke were unpleasant, it was certainly beautifully-written for the two of them. But why is Emma afraid of losing the darkness because that’s when her future with Hook begins?

As they are all together and trying to fix the Excalibur is when we learned what damage it can do; it can cut multiple ties and wounds can’t be healed. During the initial reactions, we asked why Emma didn’t become dark instantly. However, after watching the episode again, we realized that Merlin told her that tethering Hook to the sword would be her final step to the dark side, thus explained why it only happened after she tethered him to the Excalibur.

Did Merlin saw what was happening and decided worked with Emma, cast a curse, sent everyone back in Storybrooke but sacrificed himself in the process? Furthermore, Emma’s decision to tether Hook with the sword may be selfish, but it’s also beautiful.

Jumping back at present in Storybrooke, the episode continues with a date night in Arthur’s tent with Arthur and Guinevere when David confronted him. Arthur must know about Nimue, otherwise why would he run, leaving his wife alone inside the tent? What does he know about Nimue and how, because Nimue was way past his time? Could Nimue still be alive? If so, where can she be?

In the woods, Emma said that the sword does not control anyone anymore. Was it a lie? Her and Hook’s names were marked in it, after all. She also said that she was doing all of what she has done in Storybrooke for Hook, which now makes sense for their pop music choices: “Working My Way Back to You” and “Only You”. Will we learn more about its connection to the story?

When they finally had Arthur in jail, Hook lose his temper, and has been losing his temper more, lately, so why hasn’t that caused things? And as he went to Mr. Gold’s shop, it was cool that they were consistent with the use of squid ink, even though they found that Emma got to it first. What’s the significance of the snow globe that Rumplestiltskin is looking at, that Hook even left with it? Can Mr. Gold recognize the darkness inside Hook? The kinds of things that he was saying, could go either way. What with him talking about Emma’s regret and finding out what she did.

Could Zelena feel it when she had her magic back? Or did she just found out about it when she took the dreamcatcher? Moreover, some of the stuff about regret in this episode also reminds us of the episode, Desperate Souls.

It was a cute moment when Zelena was reading Hansel and Gretel to her unborn child. However, Zelena being 2 months pregnant doesn’t sound right. They spent six weeks in Camelot, how long has it been since they got back in Storybrooke?

So Hook decides to do a trust fall at the clock tower and mentioned Barnaby one-hand jones, as well as Edgar. We tried to research about the name but unfortunately could find more about it.

It makes sense now why True Love’s Kiss didn’t work when Hook tried it in the episode The Dark Swan because he is cursed, too. Hook also said that he would do everything in his power to stop Emma. Did he do that in Camelot?

It was great to see Dr. Whale again, and it was brilliant how he explained the change in his hair color. Where did they get the idea about the spell that requires a baby to snuff out light magic? Merlin’s spell book? If Emma used dark magic to speed up Zelena’s pregnancy, does that mean that the baby is also now imbued with dark magic? Has Emma kept everything in balance despite the voices in her heads? She, after all, spared Zelena’s baby despite speeding her pregnancy up.

So Zelena gave birth to a baby girl. What would they name her? Does she even have a say in that? Will Regina and Zelena finally reconcile because of the baby? How could Zelena taunt Regina by asking her who’s now green with envy after just giving birth, when it was supposed to be life-changing?

Emma said that her plan was to give Zelena her magic, cut her down with Excalibur’s enchanted blade, and the darkness will be vanquished forever. But because there are two Dark Ones now, there’s a steeper price to pay, as per Merlin. He also knew that he could cut away his magic, why can’t Emma do that, too?

They brought up that Merlin can’t help, but Emma said that he can’t. Why can’t he help anymore? Is he dead? Did Dark One Hook kill Merlin? Can Merlin not jump to another realm?

As all these stuff happens at Emma’s house, Zelena said that Regina enchanted her wrist so she can’t cut it off. Can she sense Hook’s dark magic once the cuff was removed? Plus, just like that, Zelena is think and feeling great again.

What did smashing the sword on the ground actually do? Did Emma freeze her family, the town? Why would she need to drive the sword down like that? It seems like a big motion for such an action.

Once Hook gets over the shock of being a Dark One, he’s going to sacrifice himself to save Emma and himself from the darkness by killing himself with Excalibur and the second half will be Emma trying to get him back from The Underworld.

I don’t think Hook all of sudden went “dark” as soon as he found out about being a Dark One himself, he was angry with Emma for turning him into a Dark One – especially when he saw himself pleading with Emma to let him go. She defied his wishes (I mean, to be fair I would too, ’cause he’s such a caring partner), she was lying or withholding the truth from him AND she was going to murder Zelena – it should be heroes don’t murder, not heroes don’t kill. It left on a cliff hanger, so we don’t know what Hook means by ‘take care of her first’, it could just mean lock her up [while I cry in a corner].

Now that Hook’s memories has returned up to what has been shown, how could a single memory push him over? Or are they just overemphasizing it for a better cliffhanger? Why did Emma steal the squid ink from Gold? Share your thoughts on the comments section if you have any thoughts about the episode, “Birth” or head over to the forum if you’ve got theories to share!

Remember, there will not be an episode this coming Sunday, November 22, but Once Upon a Time will be back for its 10th episode on November 29. You can also start voting now for your favorite costume on our Once Upon a Time Costume Contest!