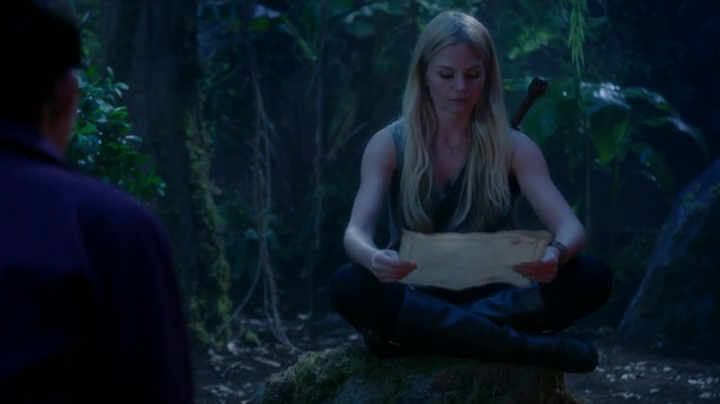 While Emma, Mary Margaret, David, Regina and Hook continue their search for Henry in Neverland,  Peter Pan appears before a startled Emma and offers her a map that will reveal her son’s whereabouts. But the only way to make the map appear is for Emma to stop denying who she really is and come to grips with her true feelings about her identity – and Mr. Gold receives some unexpected advice from a friend that could lead him to understand his life’s journey while in Neverland. Meanwhile, in the Fairy Tale Land that was, when the Evil Queen presents Snow White with an offer to live her life with Charming in peace – with the caveat that she give up her claim to the throne – Charming makes it his mission to ensure that Snow doesn’t take the offer.

These are just our first thoughts about this Once Upon a Time episode. We’ll share more about “Lost Girl” in our upcoming full discussion live on Wednesday October 9, at 8:00 p.m. (EDT/GMT-4).