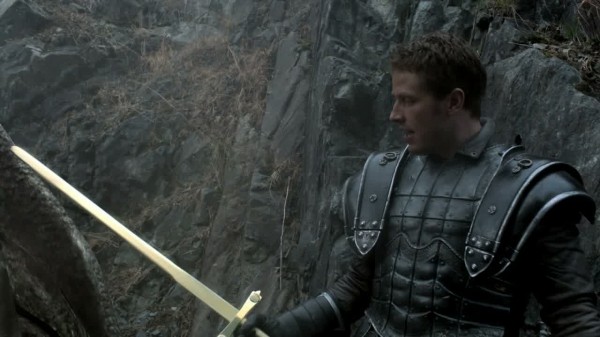 We loved this episode because it connects a lot of stories.

We all thought it was the same James (“Prince Charming”) in the opening scene, but the spear through his chest gave us pause. 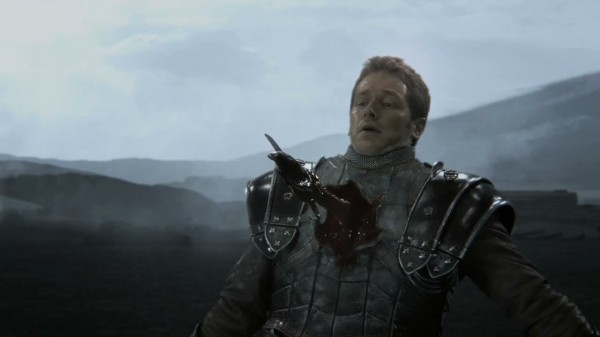 We met King Midas (from Greek mythology) for the first time. “Be careful. Remember what happened to Frederick.” 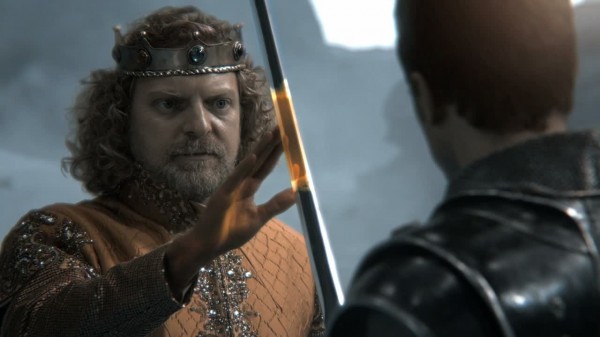 Rumpelstiltskin made a deal to bring James’s brother if he could have the whereabouts of a fairy godmother with a wand (that was saw in The Price of Gold).

The table in King Midas’s castle (or was it James’s castle?) is the same as in the pilot episode. 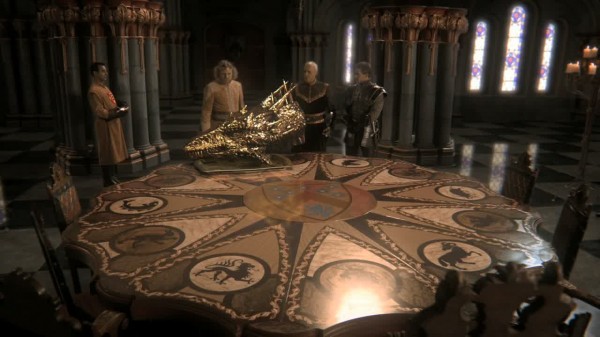 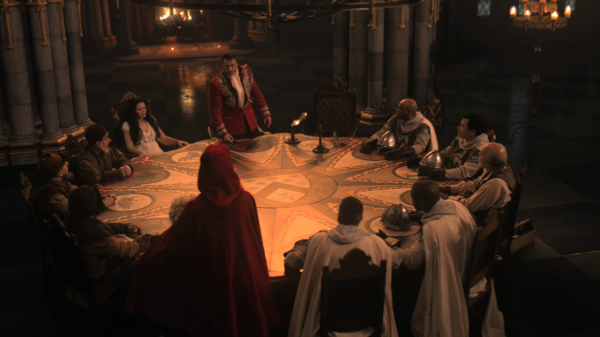 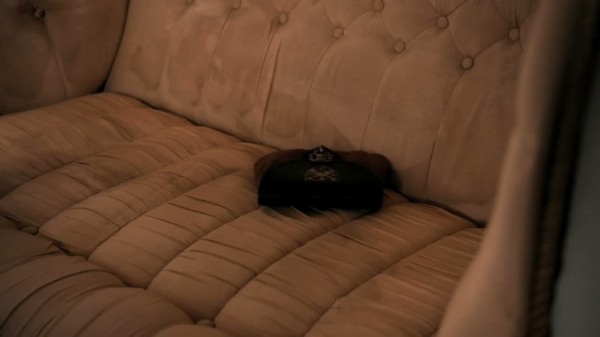 Emblem on James’s manpurse (same as the carriage, too) 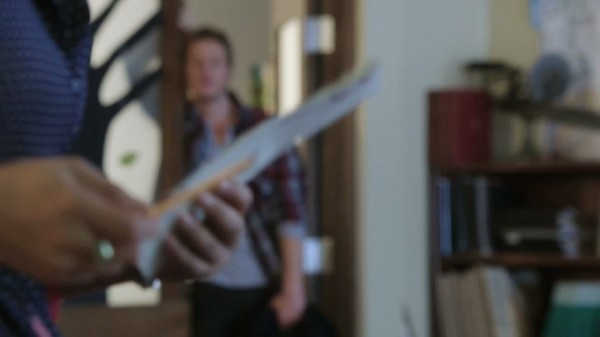 David is doing the right thing getting back with Katherine—but it’s still a false reality.

Katherine feels like she has a friendship with Regina, Regina looks either touched or guilty. 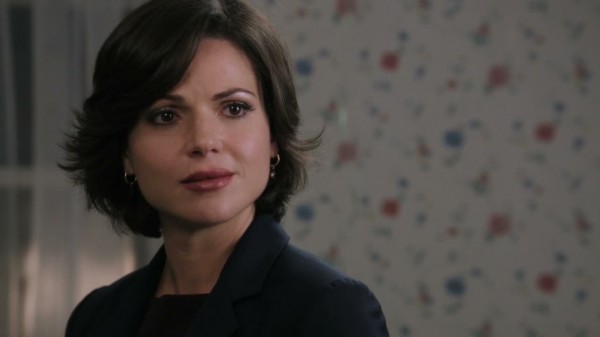 Sheriff Graham works at an animal shelter and they need him to feed the dogs? Perhaps a hint at his identity. 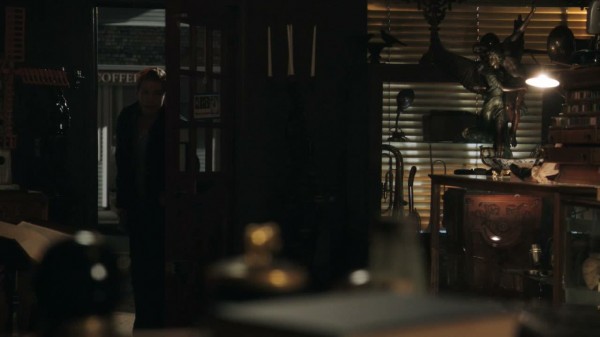 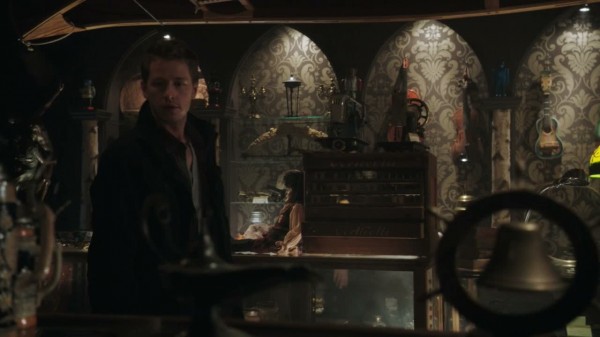 Was David hypnotized by the windmill? By the way, we’ve seen it in Mr. Gold’s pawn shop before.

David with the windmill in Mr. Gold’s pawn shop

Was Mr. Gold using magic? What caused him to crack this slight smile?

There was also a canoe in the pawn shop. Perhaps a hint at Pocahontas?

The clock in the diner was at 8:23 when Regina is talking to Mary Margaret.

The whiskey that Mary Mararet and Emma drink is MacCutcheon, which was prominent in Lost when Mr. Widmore was around. Thanks to Beth Madonna for sending a screenshot.

Catch up on or rewatch Once Upon a Time  for free online.