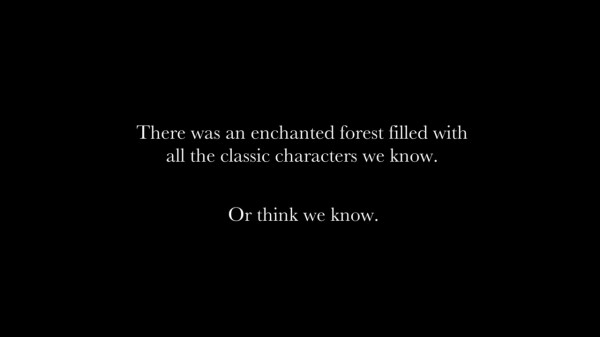 Maybe only the “enchanted forest” characters were cursed, a spin on Henry as Baelfire’s son, Henry’s place in schoo,  and some season two spoilers.

After rewatching the pilot, we realized the intro text specifically said that all of the characters of the “enchanted forest,” not necessarily all fairy tale characters. So we think “fairy tale land” encompasses many worlds (or “realms”), and only the Enchanted Forest was cursed.

Who should be Emma’s Love Interest Next Season?

Vote in the poll in our Once Upon a Time forums!

Mr. Gold had a different motivation for finding Henry?

If Baelfire is Henry’s father, and Gold somehow knew that, then there would have been a double-incentive to make sure that the child Regina adopted was Henry. I had been operating under the assumption that the idea to adopt a kid came solely from Regina – still trying to fill that hole – and when she went to Gold to make a deal for a quick and possibly shady adoption, he seized the opportunity and got Henry. I figured that Gold had always had a few ideas about how to bring Emma to Storybrooke, and Henry was just the one that presented itself. But now I’m starting to reconsider; maybe Gold managed to discover Baelfire’s location, and was kind of keeping tabs on him, but couldn’t leave Storybrooke to go find him. Maybe after Henry was born, Gold put the idea of adopting a child into Regina’s head (after all, she had been in Storybrooke for 18 years before then) so that he could bring Henry to Storybrooke. He knew the saviour would come there on her 28th birthday – he told Snow that in the dungeon – so he didn’t worry about needing to make sure Emma would arrive. He got Henry because he wanted to have a link to Baelfire; something that might make Baelfire come to Storybrooke someday. Or something. I don’t know.

That’s my crackpot theory, and I’d love to hear your thoughts. You all do such a fabulous job with the podcast; I listen to it at work, and it makes the day go by so much faster! Thank you for all your hard work!!

This is a great theory, Molly! We remember Gold saying he has travel plans after the curse is broken, so maybe he knows exactly where Baelfire is.

I was wondering about Henry and his schooling… How did that work if he was the only kid who aged in the entire town? Did he go to kindergarten, make friends, then go onto first grade by himself? Then he had to do the same thing in first grade, and second, and third… He had to know something was seriously wrong when the kids he went to his first day of school with were still in kindergarten. What explanation did Regina tell him? Did the kids he used to be in class with remember him? I can defintily see how he could so easily believe in the curse. For him it was either believe in that book or think he was going crazy.
It’s no wonder the poor kid didn’t have any friends.

Kitsis and Horowitz have said that Henry didn’t have many friends, since he’s the mayor’s son. But at some point, he started realizing his classmates weren’t aging and he found answers in the storybook.

Tweet14
Pin
Share4
18 Shares
« OUaT cast discussing season 2 at Comic-Con!
Once Upon a Time returns for season two on September 30 »