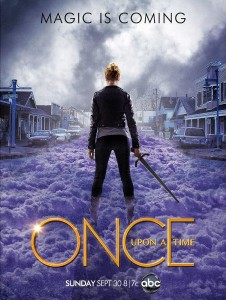 The last overall predictions and theories about what will happen in Once Upon a Time’s second season.

Here is the first one: Will the new episode start with Storybrooke or the flashback?
Also here are some things I want to see:

Since the Greek myths are real (e.g. Midas and Gold) then the greek gods are real. Therefore I want to see them interacting. Also possibly gods of other long forgotten faiths like the norse gods.

As to other worlds: we need to see Neverland Wonderland (obviously) did we see the chocolate factory door? the door to Narnia?

I am planning a premiere watching party with a few of my university friends, and I hope that whatever parties the chatroom is planning go well.

Tim aka AugustWBooth in chat

Greetings, Daniel (Not the Stable Boy Daniel,the OTHER one), Jenny, Jeremy, and Dan!

I am known across the web as The Storybrooke Observer. I have been catching up on your BRILLIANT/FANTASTIC podcast ALL summer long and am finally caught up! If any of your listeners also listen to The Fringe Podcast hosted by Clint and Darrell you may remember me as The RAGGEDY Observer. Now, for my ONCE theories & Observations:

Is her dream more prophetic than nightmare? Now that everyone remembers who they are maybe they will want revenge (ie, Mother Superior telling Regina to hide at the end of  S1 Finale, World Without Magic)?

I believe Dr. Whale is Peter Pan. Why? He has a childlike face, he was chasing all the Storybrooke women last season (Wendy anyone?), and the perfect curse for the Boy who never grows up is to grow up and become a doctor responsible for an entire town full of fairytale characters!

The Fate of August

You guys have said Dead is Dead. But, I ask you, is wood, wood? We have seen the blue fairy turn Pinocchio from wood to a real boy due to his sacrifice last season so now that MAGIC is in Storybrooke could history repeat itself?

Will magic have a new set of rules in OUR World since OUR World is the World without Magic and will there be limitations?

Is Henry (Jr.) ‘s father a fairytale character (Baelfire for instance?) and will he be making an appearance in Storybrooke this year?

There is More Than One of Everything

Will Emma travel down the rabbit hole (or Jefferson’s Hat) and venture into Oz or Wonderland? I think all those nods to OZ we got last year may be paid off this year, what do you guys think??

You guys have seemed a bit against time travel being used in Once Upon a Time. I, for one, am mystified by this as I believe it would fit perfectly within the worlds of the show. What is more magical and fairy-talish than time travel and parallel worlds?

Here are some of my theories for Season 2! …

Now that the Dark Curse has been broken, here are a few theories I have about Season 2:

Thanks for reading my e-mail and hope to hear from you soon!

This is obisgirl. I’m back from my two week vacation and I actually had an interesting OUAT dream while I was away. I dreamt that Dr. Whale had two identities in fairytale land: he was Dr. Jekyll and Mr. Hyde.

I don’t know if Adam & Eddie ever plan to bring on monsters but it would certainly be an interesting twist to his character.

Will we see a “pre-Emma time” this season? Like see Mr. Gold trying to get a baby for Regina or how Mary got the book?

I would love seeing that to fill in a couple of holes in the timeline.

Love your podcast! You guys are funny and insightful. And I’ll try to get sleep after catching up.

Guest1 called in live to share that he thinks there will be a third villain in season two.

Mary Fairy called in with a clever idea that Dr. Whale could be from the lesser-known fairy tale of the Crystal Ball. 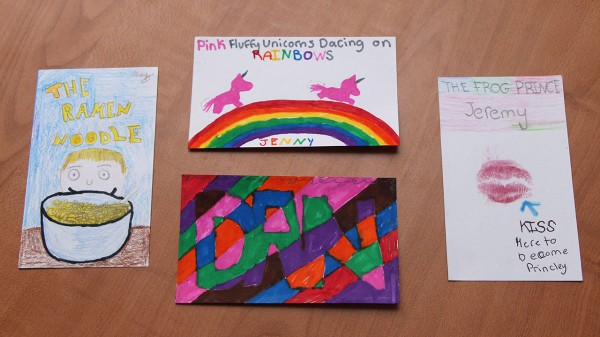 Thank you so much for these fun cards with your donation! We love stuff like this!

We’re switching back to our in-season live schedule!