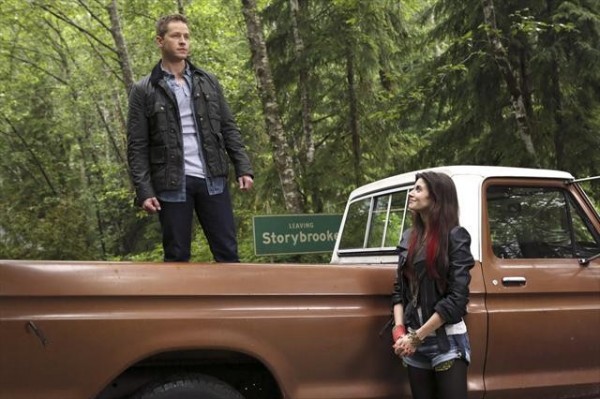 Storybrooke residents seem to be struggling with two realities in their minds. But we also get to see how some characters came to be the way we know them today.

While Regina continues to find a way to regain her magical powers, David continues his quest to uncover the whereabouts of Mary Margaret and Emma; and the seven dwarves discover what happens when any of the townspeople try to step past the city limits of Storybrooke. Meanwhile, in the fairytale land that was, as her wedding day to King Leopold approaches, Regina is confronted by a man of magic who promises to help her become independent and break free from her mother Cora’s (Barbara Hershey) clutches.

We gave everything a brief overview and would love to hear your thoughts! Start talking about “We Are Both” in our Once Upon a Time forums.

Initial reactions on Sundays at 9:15 p.m. (EDT/GMT-4)—right after the Eastern and Central episode airing.

Listen to these first "We Are Both" initial reactions for #OnceUponaTime http://t.co/JY23p7v4 #OUaT