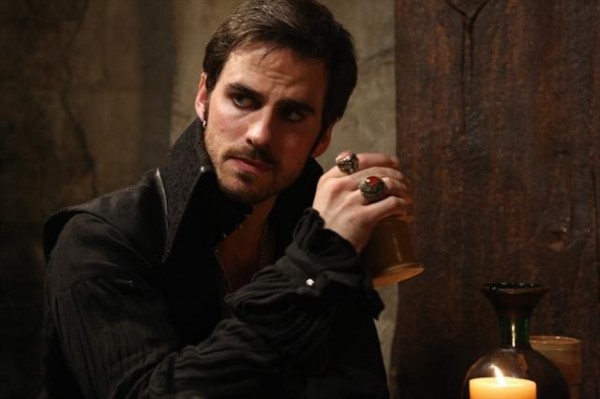 Sail back to learn of someone’s origin and conclusion. Bid farewell to love and hello to an a vengeful alliance.

Belle’s disgust over Mr. Gold’s continuing thirst for power comes to a head, and she threatens to leave him if he can’t change his evil ways; the dwarves pick up their axes and try to find fairy dust in the Storybrooke mine; and a reunion with an old acquaintance could prove to be Belle’s undoing. Meanwhile, back in the fairytale land that was, Rumplestiltskin attempts to save his wife, Milah, from being kidnapped by a band of cutthroat pirates.

We gave everything a brief overview and would love to hear your thoughts! Start talking about “The Crocodile” in our Once Upon a Time forums.

Start working on your Once Upon a Time costumes because we’re going to have a costume contest, voted on by the fans! We’ll have more details soon.

Listen to these "The Crocodile" initial theories in this #OnceUponaTime podcast! http://t.co/vQAlcTPx