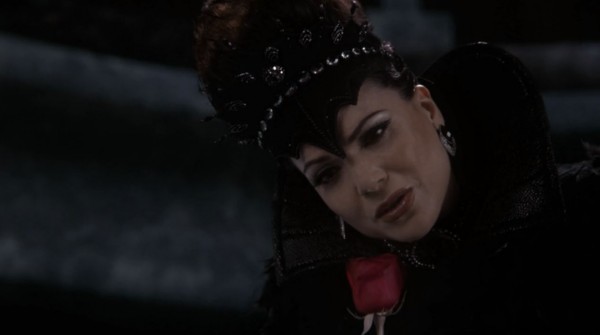 Answers about Wonderland, present-day fairy tale land, and so many awesome surprises from this winter, mid-season finale! This was our favorite episode so far of the second season!

These are just our first thoughts about this Once Upon a Time episode. We’ll share more about “Queen of Hearts” in our upcoming full episode.

Cora and Hook face off with Mary Margaret and Emma in a race to secure the compass, which will point its holder to the portal into Storybrooke. But back on the other side, Regina and Mr. Gold, desperate to keep Cora out, put a plan into action that would kill anyone entering the portal – placing Mary Margaret’s and Emma’s lives in danger as well. Meanwhile, back in the fairytale land that was, Captain Hook travels to Wonderland and meets up with a vengeful Queen of Hearts.