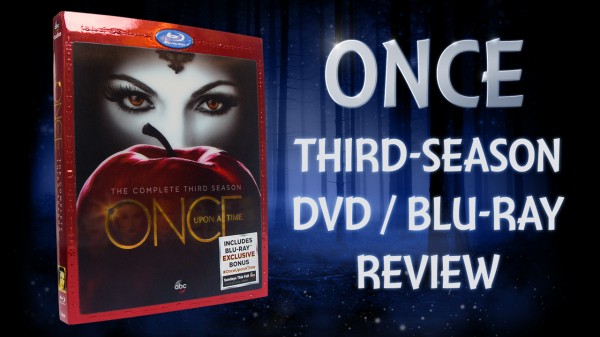 We’ve finally got our hands on the Once Upon a Time third season disc and we’re here to share you about its contents. Listen and read as we divulge into the season three DVD/Blu-Ray box set, discussing bloopers, deleted scenes, wicked villains, and other bonus features!

By the way, check out oncepodcast.com/season3 if you haven’t got your own copy. Also, get a preview of the Once Upon a Time third season disc box set by watching our unboxing video. 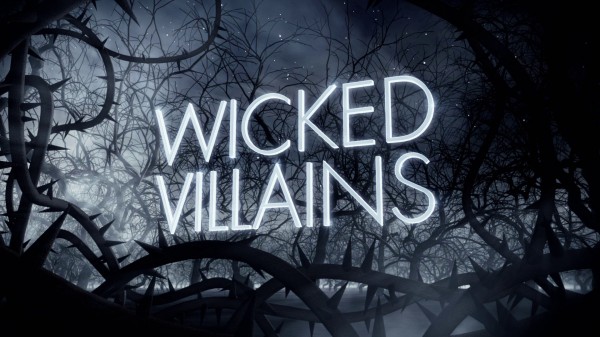 There were only four episode with the commentaries but we do love the commentary for “Lovely Thoughts”. The said commentary was by Robert Carlyle, David H. Goodman (writer), and Robert Hull (producer). The other commentaries were from episode 3×02 “Lost Girl” with Andrew Chambliss and Kalinda Vazquez (writers for this episode, their first of three together); 3×17 “The Jolly Roger” featuring Colin O’Donoghue and David H. Goodman (writer); and 3×22 “There’s No Place Like Home” with Edward Kitsis and Adam Horowitz (creators and writers).

Although we got a lot from the commentaries, there seems to be something that’s lacking. Perhaps they do not realize how people love hearing the commentaries. Hearing stories straight from the actors themselves were always pleasant, but it was a bit disappointing not to see the actor’s point of view; JoAnna Garcia Swisher playing Ariel, for example. Maybe the actor’s schedule didn’t permit at the time it was taken?

Speaking of disappointments, one of the biggest disappointments is the actual case to the DVD/Blu-Ray box set is that it sweeps off the entire Neverland arc. In all of the extras, Peter Pan was not even mentioned. Although Rebecca Mader did a great job playing the Zelena, there’s no doubt that Robbie Kay did an exceptional job portraying Peter Pan, as well. Why did they move on so far, emitting the Neverland story altogether and jump ship so far in the season? Rebecca Mader was even in the commentaries, JoAnna Garcia Swisher even made an appearance when she first shot her scene in Neverland, so why is Robbie Kay not included?

It was also a bit sad that we didn’t even see a behind the scenes look from the past season. In The Jolly Roger, when Emma saved herself from falling off the bridge, the script originally called for her to create a dragon. Kitsis and Horowitz also said  they’d never do time travel after Lost, but they wanted to do this and THEN decided that they would never do it again. These, among other scenes, are two of the things that would have been nice to be seen, but was unfortunately didn’t make the final cut. 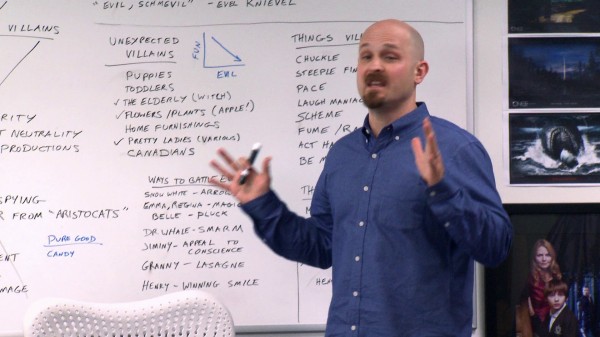 Another bonus feature included in the Once Upon a Time third season disc box set is The Writer’s Room, where the shows writers gather in a mini-camp to discuss who the next big bad for the upcoming season. We took time pausing the whiteboard and discovered the following on The Evil Whiteboard:

There was also a list of characteristics, perhaps for the characters, in the said board:

The final board was a list of foods, including:

There was also a list for rules on time travel:

It also seems like the DVD/Blu-Ray exclusive have become less and less important. For the last two season DVD/Blu-Ray box-sets have its own exclusive contents. This season, it seems the price is higher, the contents shorter and not that much extras.

And if you are thinking about looking for Easter Eggs, don’t, because there aren’t any. However, there is another bonus feature called, Wicked Villains, where they talk about the show’s top villains and their motives. The villains involved Rumpelstiltskin, Regina, Zelena, and Captain Hook but again, Peter Pan was not included in the list. Rumple’s father, Malcolm, was shown, but Peter Pan wasn’t there. 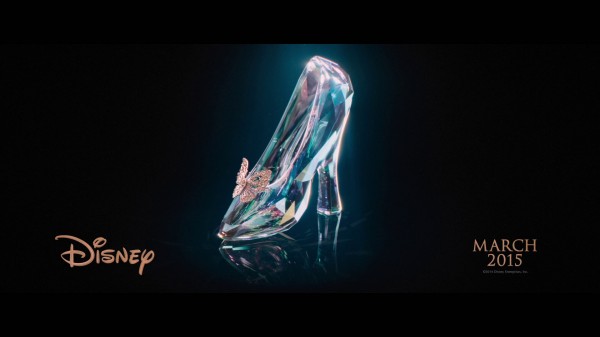 We also got an awesome little teaser for Cinderella, where they show the glass slipper. The Disney movie adaptation of Cinderella is set to be released on March 2015. 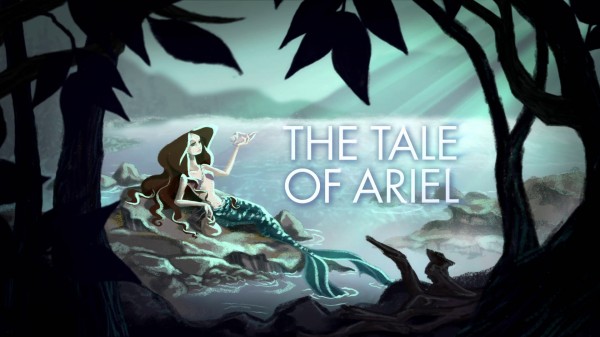 Another piece on the DVD/Blu-Ray is The Tale of Ariel. In the bonus feature, JoAnna shared that she just had a baby and loved how they made her look with the costume. She also revealed that she couldn’t swim.

By the way, we are going to be doing a Frozen review before the season four premier, which we will record live on September 17. If you have thoughts about Frozen, send it over to us and join us as we discuss Frozen.

For this season, we got about nine deleted scenes from different episode. In 3×16 “It’s Not Easy Being Green”, Emma was seen talking with Henry where she showed him her swan necklace, the one Neal gave her, to make him feel connected to his father. One of the other deleted scene we got to see was of with Mr. Van Winkle that Rumpelstiltskin put him to sleep for a very long time. From the episode “Good Form”, Hook offers his hook to David as they’re trying to climb Dead Man’s Peak. In 3×11 “Going Home”, Regina was shown crying about losing the love of her life. Regina also told her father, “My dream was to love, Daddy. True love. And now it’s gone.” But despite the king’s kindness and fairness, Regina believes that she can never love again and that no one will ever love her. 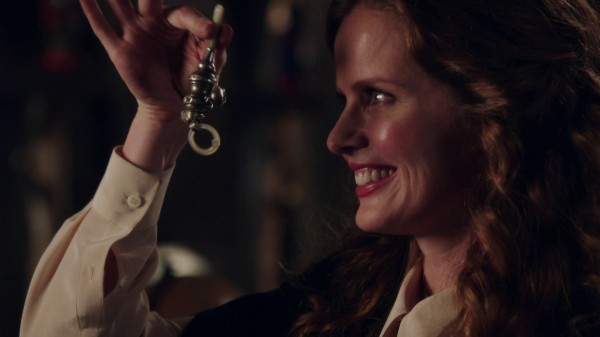 Furthermore, in 3×13 “Witch Hunt”, Regina left a note to Snow, saying, “The day we met, I save your life. Thank you for trying to save mine.” There was also the almost-four minute long scene at 3×14 “The Tower” with Zelena and Belle, when Zelena was looking for a baby gift for Mary Margaret’s unborn child. We also got a deleted scene from 3×16 “It’s Not Easy Being Green”, where Zelena forced-fed Rumple with meat pie. 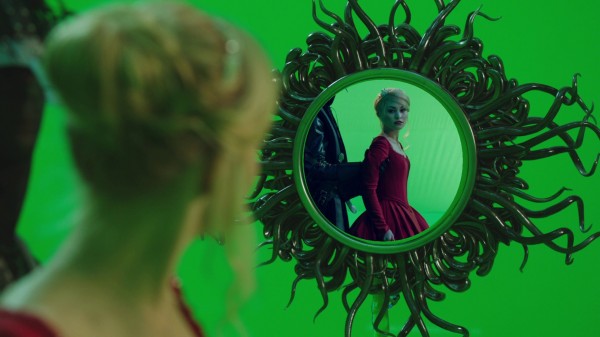 In 3×22 “There’s No Place Like Home”, Emma as Princess Leia was captured and taken to the Evil Queen forcing her to kneel before the Queen, but Regina “smells” that she was no princess, calls her a dirty street rat, and throwing Emma into the dungeon. And finally, in 3×22 “There’s No Place Like Home” with Red, Charming, Emma, Robin Hood and Marian. Emma asked for Snow, but when Red said that Snow was Snow was probably just a little behind and they don’t need to wait, Emma sensed that Red was probably lying.

The bloopers has always been fun to watch and despite its shortcomings, it is still something that is a-must to own.

Here are my thoughts.  I just got the ordinary DVD, not the Bluray.  I wish there’d been commentary on “Quiet Minds.”  To me Neal’s death was such a big event that it needed addressing.

Thank you for contacting me,
— Meredith Peckta of Everett, WA

What do you think about the Once Upon a Time third season disc? Share us your comments below and don’t forget to send us your thoughts about Frozen and join us when we talk about the movie before the season four premier!