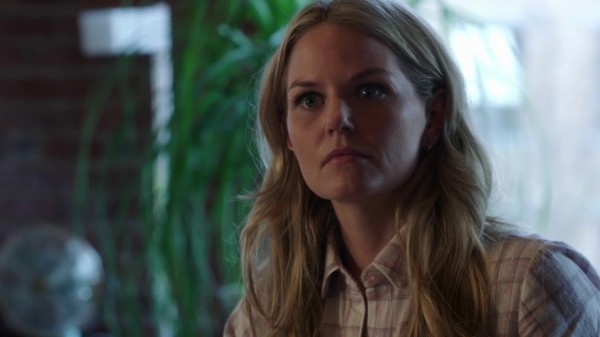 Once Upon a Time may still be on hiatus but that doesn’t stop us from discussing what everyone is still buzzing about until now. Is Rumple really gone? Who is the black fairy? What happened to the book? How will Emma (and Henry) get their memories back? And more importantly, why is Emma’s family in danger?

Jacquelyn (“RumplesGirl” from the forums) joined us for this discussion.

Back in season 2, we’ve all kind of wanted to destroy Storybrooke but now that it is finally gone, are we going to see it again? It certainly seems that they keep leading us for Storybrooke to be gone. What about Henry’s book? What happened to it? Perhaps the book will appear to Emma the same way it did for Mary Margaret? We will probably get flashbacks, like things that have happen in the past, but what about the present? Knowing the show, are we really going to stay away from Storybrooke despite it being destroyed?

In the episode Going Home, Regina, told Emma that it will be as if Storybrooke never existed. However, they never really showed us what happened with the town so could it be possible that that’s not going to be the last time we saw the town? After all, you have to give something up to keep the dramatic tension.

Speaking of giving something up, is Rumple really dead or not? Currently, almost everyone in the forum speculates that Rumple is still alive. Is it possible that her was transported into another realm like Oz or Neverland when he was stabbed? Could Rumple be where Prince Phillip was sent to? If he was, maybe we could also finally get a glimpse of how Phillip got away from it.

IF Rumple was killed off, however, it would be a brave move for the producers; killing off an important and beloved character in the middle of the season. The producers have been telling us about the Dark One’s undoing since the second season, but what does it really mean? Where is the Dark One’s dagger now? Who currently possess it?

Who is the black fairy? Fairies have always have to use their wands, so who does it belong to? Was it Maleficent’s? The first time we saw her use magic was when she fought Regina, using magic either through her staff or her hand. Or was it the fairy that gave Snow the evil fairy dust in the episode Snow Falls that turned the trolls into bugs? Is it the Wicked Witch of West? The Blue Fairy? Or is it an entirely different and new character? Is she the one who wrote Henry’s book?

The Blue Fairy was against fairies falling in love. What if she once fell in love herself, had a child, who turned out to be the original Dark One? And while we have already known about Rumple’s father, we still haven’t been introduced to her mother. Is it, in any way, connected to each other? Whoever the black fairy is, she’s certainly someone not to be ignored and forgotten.

Before Emma and Henry crossed the town line, Regina gave her a new (and better) past. Is she still a bailbond’s person or a had completely different job? Which part of her past was specifically changed?

During our last episode, Daniel mentioned about Jennifer Morrison’s bracelet and whether it’s to cover her tattoo or not. Turns out, it was Graham’s shoe lace. It seems that Emma is still wearing something to remind her of Graham’s all these time.

Despite Emma saying that she still loves Neal, it seems that Emma’s love life is open for business. And while the rapport between Emma and Hook is evident, Emma and Neal still deserves to get a second (or rather, third) chance. But looking at how the show is currently going, things can go either way. Will it still favor Neal or is Hook now have a better chance at winning Emma’s heart now that he is in New York?

Looking forward to the second half of the third season, how will Emma remember everything? How long will it take before Hook can make her believe again? What happened with everyone else? How did Hook get out of the Enchanted Forest and into where Emma and Henry currently is? How did he even know where to find Emma?

Aside from what has been discussed above, there are other unanswered questions that are still lingering in everyone’s mind:

Most and Least Favorite Moments

We run down some of what the favorite and least favorite moments of the season so far and here are the top things that made the cut:

RumplesGirl loved the Rumple and Baelfire reunion, but wasn’t a big fan of Rumpelstiltskin ‘dying’ at the Winter Finale. Daniel, on the other hand, loved the town line season in Going Home. It was a tear-jerking moment that was well-done, it felt so much like a series finale. Jeremy also liked that particular town line scene, but was a bit disappointed how there are little similarities between Peter Pan and Malcolm. He also wanted more momentum carried from the second season, which lacked a little from what was presented in the first half of the current season.

As for everyone in the forum, it seemed that almost everybody loves the town line scene, too, especially when Snow bid Emma goodbye. A lot of people also like Hook and Emma’s first kiss. A lot of Evil Regals and other fans also liked how Robin Hood turned out to be Regina’s soul mate.

On the other hand, many aren’t really a big fan of Henry’s adoption story in the episode Save Henry. Many thought that it should have been told in a very different way. Perhaps a lot of people’s theories just didn’t pan out with what was shown to us.

What about you? What is your most and least favorite moment of the season so far? Share us your thoughts, as well as your theories by using the comment section below or simply send it to us through email. And remember, Once Upon a Time will be back on March 9.