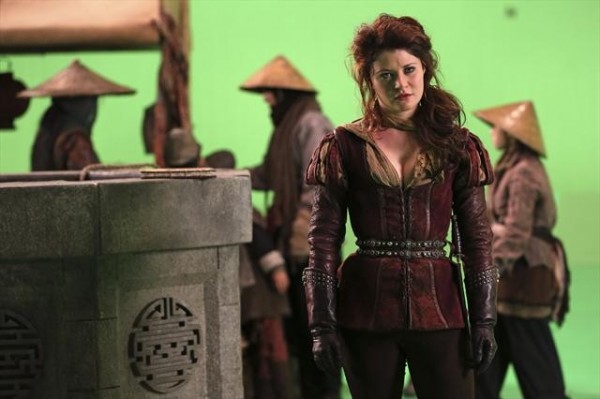 Once Upon a Time’s “outsider” was different and more adventurous than we expected! But who is this new stranger?

These are just our first thoughts about this Once Upon a Time episode. We’ll share more about “The Outsider” in our upcoming full episode.

Mr. Gold finds an unwilling test subject to see if a spell he has concocted will allow him to cross the border of Storybrooke — without losing his memory — and go in search of his son, Bae; Belle stumbles upon a vengeful Hook in the Storybrooke harbor whose main goal is to eradicate Rumplestiltskin; and Mary Margaret and David go house hunting in search of a bigger place to live. Meanwhile, in the fairytale land that was, Belle meets Mulan as the two set out to slay a fearsome beast called the Yaoguai, who has been ravaging the land.