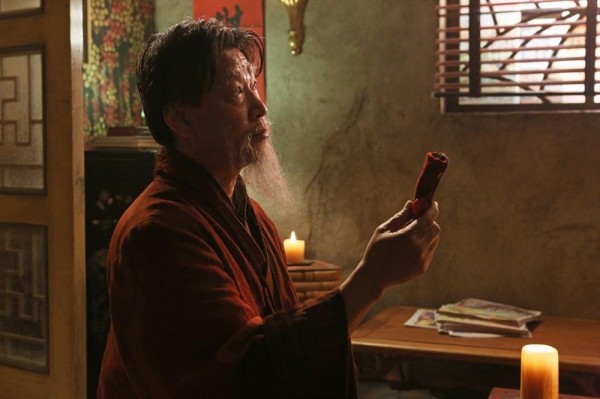 This may have raised more questions than it answered! What are the real agendas, and who is the Dragon?

These are just our first thoughts about this Once Upon a Time episode. We’ll share more about “Selfless, Brave, and True” in our upcoming full episode live on Wednesday, March 27, at 8:30 p.m. (EDT/GMT-4).

While Mary Margaret goes off on her own in an attempt to come to grips with what she did to Cora and how her deed has affected her, she stumbles upon August, who has hidden himself away from the others and is completely made of wood—ashamed at the actions he has taken in life; and Emma is shocked when Neal invites his fiancée, Tamara, to come to Storybrooke. Meanwhile, before the curse was cast, August is introduced to a man of magic who may be able to prevent him from turning back into wood—but at a steep price.

Talk about “Selfless, Brave, and True” in our Once Upon a Time forums