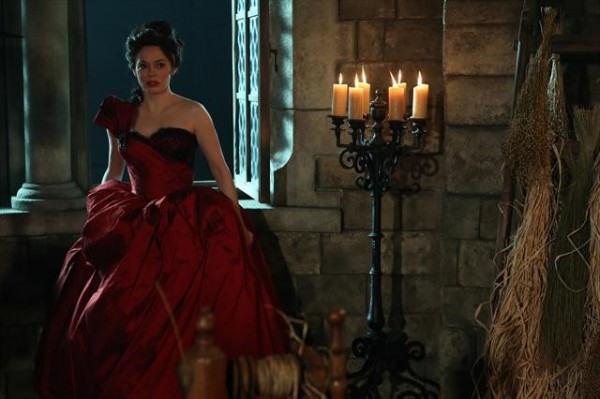 We learn more context to the original Rumplestiltskin tale and see Regina and Cora in a battle over the powers of the Dark One. One will die!

These are just our first thoughts about this Once Upon a Time episode. We’ll share more about “The Miller’s Daughter” in our upcoming full episode live on Wednesday, March 13, at 8:30 p.m. (EDT/GMT-4).

Cora’s desire to rid herself of Rumplestiltskin in order to take his place as The Dark One takes one step closer to becoming reality as she and Regina try to overpower a dying Mr. Gold, and Mary Margaret is once again tempted by dark magic. Meanwhile, in the fairytale land that was, Rumplestiltskin agrees to offer his services to a younger Cora – for a price – when the king calls her bluff and orders her to actually follow through on her boast of being able to spin straw into gold.