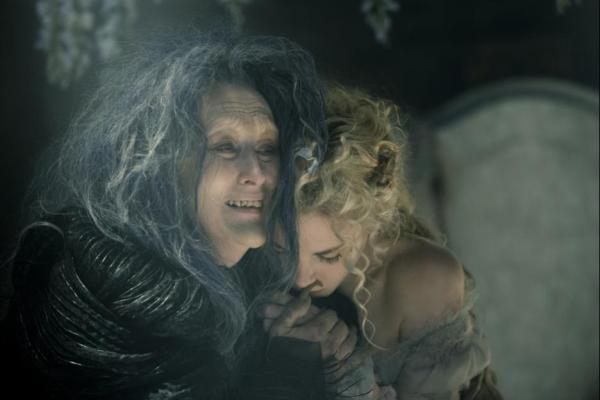 Before it hits the theaters on Christmas day, Disney granted anticipating viewers’ wish as they released yet another trailer of the much-awaited movie-musical of the year, Into the Woods.

With Anna Kendrick playing the role of Cinderella, Daniel Huttlestone as Jack, Lilla Crawford as Little Red Riding Hood, and MacKenzie Mauzy as Rapunzel, the new trailer started by showing the four protagonists making a wish as the Witch (Meryl Streep) tasked the Baker and his Wife (James Corden and Emily Blunt) to head to the woods and bring the Witch the cow as white as milk, the cape as red as blood, the hair as yellow as corn, and the slipper as pure as gold if they want the curse reversed. It also features the prologue song, “Into the Woods” as Jack was seen climbing the beanstalk, Little Red Riding Hood talking to Mr. Wolf (Johnny Depp), and Cinderella running, to name a few. Into the Woods’ new trailer also highlights Meryl Streep as the award-winning actress blasts into another popular tunes from the musical, Stay With Me.

With excellent musical scoring spearheaded by Stephen Sondheim himself and creative directing by Rob Marshall, Into the Woods is sure to set every child and child-at-heart to wish for December 25 to hurry up.

Watch the new trailer of Into the Woods below and prepare to be taken into the woods for a magical experience.