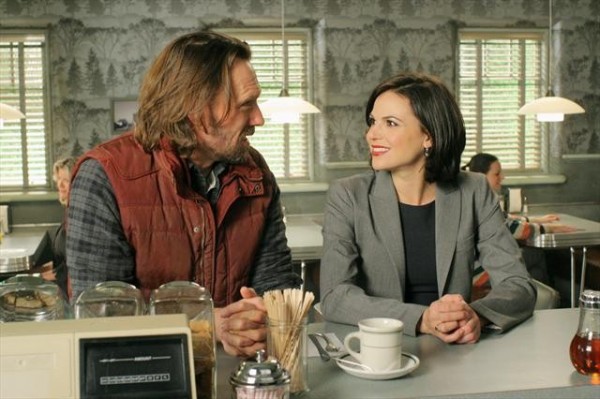 How did everyone get here? We see an unexpected backstory,  the emptiness of revenge, and the darkness of hearts.

These are just our first thoughts about this Once Upon a Time episode. We’ll share more about “Welcome to Storybrooke” in our upcoming full episode live on Wednesday, March 20, at 8:30 p.m. (EDT/GMT-4).

Emma, David and Mr. Gold must protect Mary Margaret against Regina, who is out for revenge and has made it her mission to kill Mary; and Henry, fed up with all of the feuding, devises a plan to put an end to magic. Meanwhile, Regina discovers that a father and son have somehow found their way into her allegedly undetectable town as she and the fairytale characters deal with the effects of the newly cast curse 28 years prior.