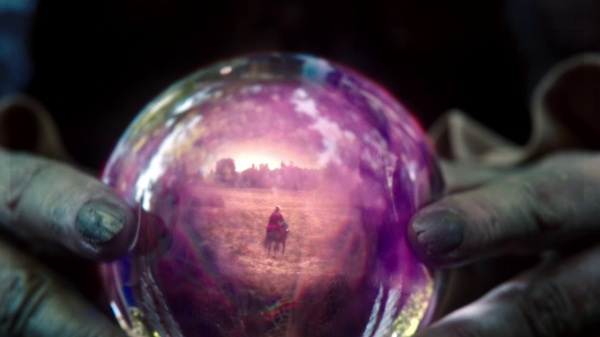 A few years ago in the Enchanted Forest, a cowardly Charming met Anna who showed him that he is a heroic man by teaching him how to stand up against Bo Peep through sword fighting. Meanwhile, in our world at present, Elsa finds a new friend in Emma when they get trapped inside the icy barrier that Elsa set in order to prevent anyone from leaving Storybrooke until she finds Anna. Join us for our full discussion of last Sunday’s episode, “White Out.”

Starting this episode, we’re going to be doing the show using a new format, where instead of tackling the episode scene by scene, we’re talking about notable scenes from last Sunday’s episode. 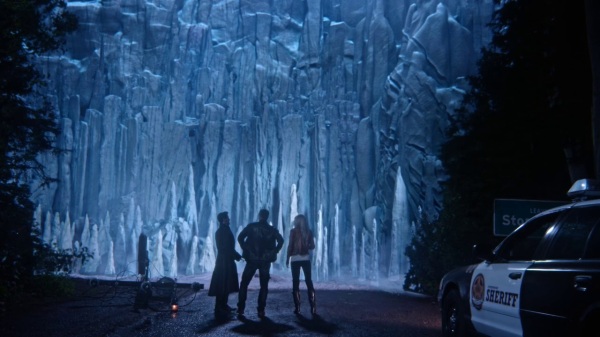 Are they ever going to leave Storybrooke? We know that Emma, Regina and Henry are among the only ones who can leave but what about the others? Greg and Tamara were able to leave, but it was never really established that anyone can already leave when Zelena was defeated. Can Storybrooke, Maine now be found by non-magical people? If no one can leave Storybrooke again, does this prevent Anna from getting in? 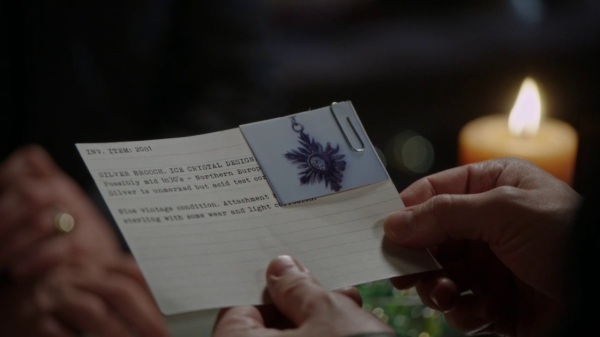 Speaking of Anna, where is she? Bo Peep told David that she put Anna inside the necklace. Is she actually inside the necklace and that it was just too heavily foreshadowed? Last season, in the episode “The Jolly Roger“, Ariel used Prince Eric’s cape to find him and it did fall in the water, but that only indicates that he was alive. Does Anna’s heartbeat mean that she’s still out there, but in a different realm? If she is inside the necklace, who put her there? Rumplestiltskin? The ice cream lady? Rumple does seem to know something, especially when he saw Anna through the orb. Did he make a deal with Anna?

It was kind of disappointing when David and Hook came to seek Rumple’s help to find Anna. Fortunately, David remembered who exactly Anna is when he saw the card containing the details of Anna’s necklace.

Last week, we talked about the deleted scene from “White Out” that aired in Good Morning America and it showed Regina and Mary Margaret talking. In the scene, Regina told Mary Margaret that this was her curse, asking her to take over the Mayorship and fix the black out herself. We were glad that they shared it with us early on; we didn’t have to wait an entire season to see this one. 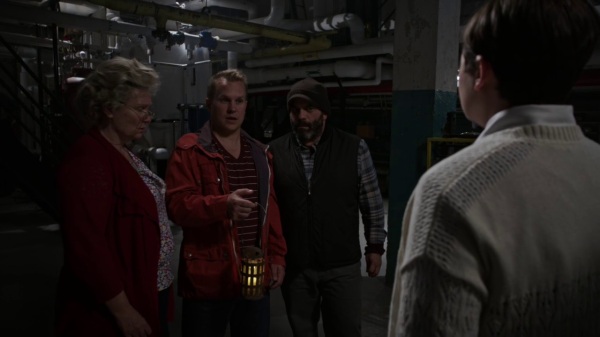 It was a bit sad to see Happy turn into whiny and grumpy grumpier as they were berating Mary Margaret about fixing the power lines asap. In the deleted scene, Regina told her that Storybrooke has a backup generator that would restore the faulty lines that went down.

Mary Margaret being the new mayor of Storybrooke makes more sense because in essence, she is a royal; born a princess, unlike Charming who became royal by marriage. Then again, it was fun seeing Snow dealing with all these, despite the fact that she was having a hard time being a mom to Prince Neal and a Mama Mayor to Storybrooke.

Survival is not living 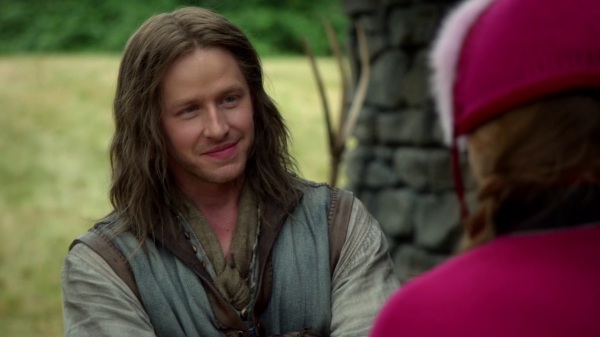 One of the biggest themes in this episode is that “survival is not living.” We love this line, but at some point, survival no longer serves anyone. Can you be afraid of loss if you haven’t experienced it? This thought also reminds us of the Pilot episode where she told her students, “You’re building a home, not a cage.” It was like saying that while one can survive in a cage, no one can ever live in it.

Another theme we like about this episode is when Anna told David that those impossible battles are absolutely the ones he must fight. This reminds us a lot of the cursed-David when he was with Kathryn; he was weak and cowardly about facing battles he must be facing.

Just like last week, this episode has a lot of Frozen parallels as well, like when Henry yelled through the door in Regina’s mansion, “I know you’re in there.” There was also a scene where Elsa told Emma that the cold “never bothered” her, as well as when she asked Emma whether she was “born with magic or cursed.” Check out this Tumblr post we found and see the rest of the Frozen parallels from White Out. 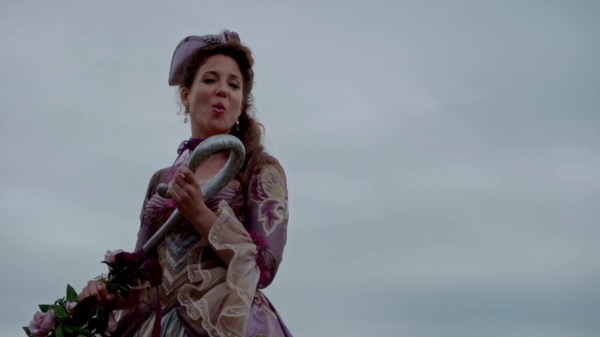 In this episode, we met not just one but two villains and one of them is Bo Peep, a villain featured in an episode after a four-line nursery rhyme. But what is all about the dress and cutesy staff? Then again, we think that she is one formidable foe. We also like that they are tying-in more stories featuring characters we already know rather than an invented character we have yet to meet.

According to David, Bo Peep is the most powerful warlord in the region, but is she magical? Or does she just get her power through her staff?

“what on earth is the point and logic behind Bo Peep? ‘The most powerful warlord around’, I am sure that Rumple is thrilled with the downgrade to be under a power mad freak with a crook (which she didn’t even mention by name). her grating British accent = annoying
— Amdillae

Despite the accent, we still think that she pulled off a great villain.

I liked the idea of warlord Bo Peep more than the execution. The way she “branded” people just seemed not that warlordy. They shoulda gone all out and had her magic be a thing that could brainwash people so they didn’t question what she did and blindly followed her, thereby becoming her “sheep”
— Phee

I liked her!  But yes, she is definitely a 1 episode only kind of character.  Having someone like that even recurring would get very annoying very quickly.  But again, I like the lighter, campier moments so I thought she was pretty hilarious.  And I like when they take different spins on the characters so to make Bo Peep a warlord was great, in my opinion.
— Jenna_B 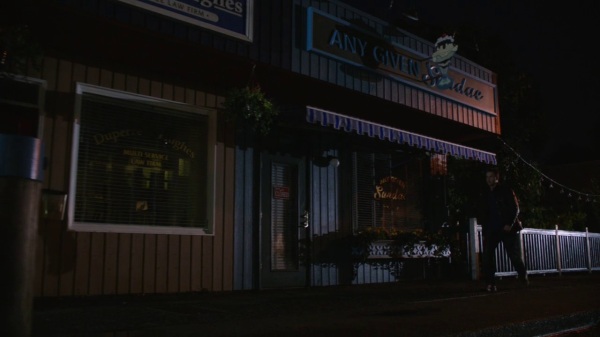 Did you guys catch that the actress that plays Bo Peep is the actress that plays Juliet’s sister in Lost? Is it just coincidence that they both came out on this episode or could it be foreshadowing for a future connection? What if those two and Anna and Elsa’s mother are sisters? At least we get some kind of strange reunion for Juliet and her sister in a different dimension.
— Ulises

Could Bo Peep and Anna and Elsa’s mother are actually sisters? Or was this just a coincidence? After all, Bo Peep the butcher’s shop, “Chop Shop quality meats”, in Storybrooke was just next to the ice cream shop, Any Given Sundae, and “Duperré & Hughes Multi service law firm.” 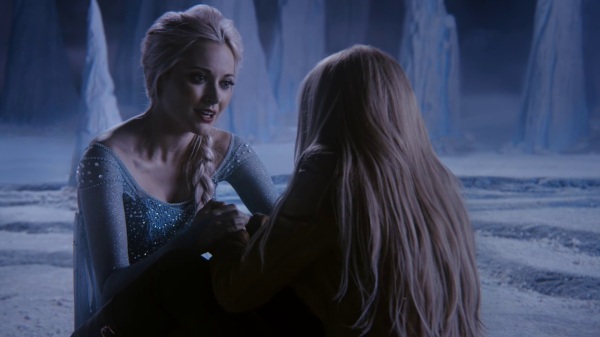 It was nice to see Elsa finally finding a new friend in Emma. Just like Emma, Elsa also grew up in a kingdom of isolation. Finally, Emma can have one person who feels the same place as her – just as afraid, and not in control of what they can do.

One of the final scenes in this episode is Henry outside yelling to Regina that he was not going to give up on her. It seems that this time, Henry is back home after running from his adoptive mother in the first season. 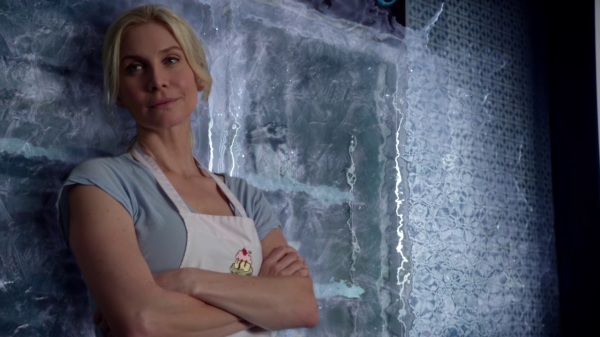 So is the ice cream lady evil? Is she the new big bad this season? In Lost, Elizabeth Mitchell’s character Juliet is one of the most annoying characters; she gives vague answers even when she surely knows the truth. Could this be how she’s going to portray the Snow Queen, too?

I think that Elizabeth Mitchell’s character is the Snow Queen who gave up her infant daughter, Elsa, to Rumplestiltskin for mysterious but sympathetic reasons. Rumplestiltksin then made a deal with the king and queen of Arendelle, who adopted Elsa, thinking they were unable to have a child. Later, Anna came along as a welcomed surprise. The king and queen never told Elsa she was adopted nor how she came by her powers. Unbeknown to Elsa, she inherited her magic from her birth mother, the Snow Queen, who lived in Misty Haven. That is where Elsa’s adoptive mother and father were headed in a ship when the storm hit, to seek help and understanding about Elsa’s uncontrollable power. The queen of Arendelle wrote a note to Elsa, telling her she was adopted, who her birth mother is, and then sealed the letter in a bottle. Years later, Anna set out on a mission to find out what happened, when she came across the Snow Queen, who then froze or apprehended Anna, for some unknown reason. Elsa will somehow discover the letter in a bottle from her adoptive mother and will then learn the identity of the Snow Queen, who is now in Stroybrooke, as well as the location of her adoptive sister, Anna.
— FrozenQueen

Is the Snow Queen actually Elsa’s biological mother? Is Rumplestiltskin somehow involved with the deal the Snow Queen made? After all, the Dark One has a thing with first born babies.

But why does he seem too excited to see Anna on her way to find him? Is he like Lord Voldemort, where he would know and track when someone mentions his name?

Who is the ice cream lady? What does the Snow Queen have against Elsa or any of the residents in Storybrooke? Is this some sort of Regina and Cora storyline, only this time the mother and daughter have icy powers?

As early as now, we are going to be hosting a season finale party here in Cincinnati for the end of season four. Join us if you’re going to be in the area by that time. We’re definitely going to have ice cream and be selling candles, too! We might even buy purple smoke for effect! 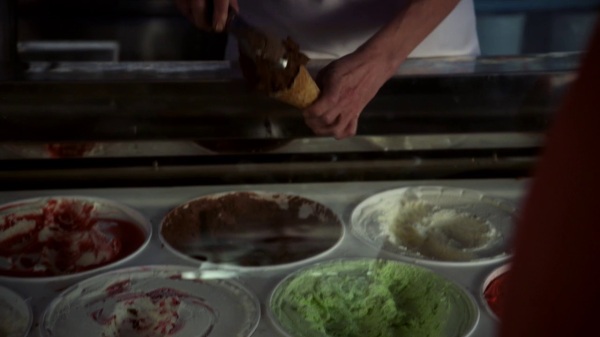 If the ice cream lady is the master at making ice cream, what flavor would you want to be? Tell us what your favorite ice cream flavor is and continue the conversation by going to the forum or using the comment below. You can also start sending in your theories for the next episode by sharing it to us via email, comment section or by joining the forum.